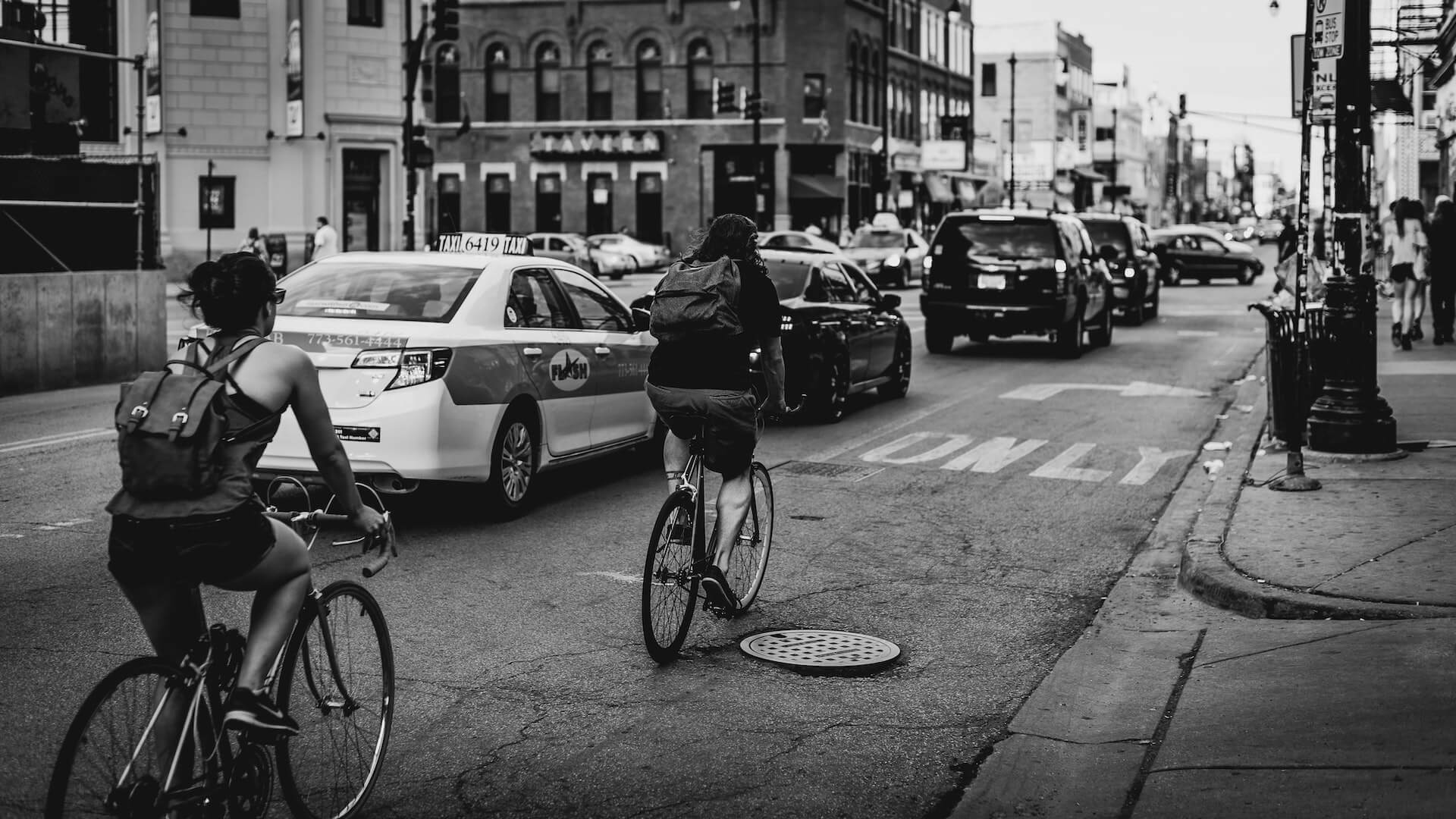 “Clear left! Clear Right! Jesus man, what the hell you doing? That was way too close!”

“You have a better idea?”

“Breaking 50 traffic laws was not part of the plan!”

“You have to be there five minutes ago!” I sped through traffic weaving all over the road.

“Besides if we hadn’t of taken your short cut we’d be closer than we are now, Thank god I know my way around the city.”

“I don’t need to die before I get there, that’d be a hell of a story!”

He looked back, “Yes, clear left!”

New Westminster: the land of no left turns, and the worst place to be at rush hour.

“Clear right!” He yelled at me.

I swerved again, the lady I cut off honked, I glanced at the rear view mirror, and I saw her yelling red face.

“What happens if we get a ticket?”

“Pigs will have to catch us first!”

“Or you’re going to blow the motor! Shift gears!”

We both knew this day would come; it had been obvious, inevitable, written in stone. Fate and chance had nothing to do with it. It was all just a matter of time.

“What are you doing? Queens Park! Why are you…you can’t do that! Does the sign City Vehicles ONLY mean anything?”

“What part of quiet do you not get?”

Horn blaring, my co-pilot screaming, “Get the hell out of the way!”

A lady jumping like a scared jack rabbit flipped me the bird, something funny about an old lady giving you the finger.

Already at the other end of the park I looked left, then right, and then left again. My co-pilot said, “You’ll never make it, you have to turn around and take the 6th street exit!”

“Are we clear Right?”

I made the illegal left onto McBride speeding north towards sixth, the little four cylinder straining under the abuse.

I yelled, “Be there in five minute!”

My Co-pilot replied, “You said that five minutes ago!” continuing, “Clear my way!”

I turn right as I look left, trusting his judgement. Feeling the front tires slip under the pressure as we squealed around the corner onto Sixth. I raced past the Canada Games Pool flying straight through the four-way at sixth and Cumberland not giving my co-pilot a chance to call out the all clear. Three angry faced drivers honked as I disregard the stop sign.

I squealed as I did it, “Weeeeeee!”

My co-pilot’s eyes wide, “I think I heard something snap under the car!” Bottoming out on the speed bumps disregarding the thirty kilometre speed limit, I was surprise no one had called the cops.

I don’t ask I just turned left, stop sign be damned. It had a HARPER sticker below the word STOP. I snickered to myself as we sped towards Richmond Street. Children hustled out of the way with hockey nets and sticks in hand, I ran over a bright orange hockey ball and the kids scream furiously.

“Clear right!” My partner yelled as I looked left swerving into traffic, narrowly missing a transit bus then tuned left onto Richmond Street.

“You said that fifteen minutes ago damn you!”

I replied, “SHHHH! Hang on!” I read out the streets as we passed them, “Simpson, Shiles, Keary. Ah ha! Hospital…”

Veering hard to the right and hitting the E-brake we swerved seamlessly just missing a parked car on the opposite side of the street, I fought to keep the 1989 Toyota Tercel off the sidewalk. Straightening out I stomped the gas as if to encourage the car on, and just then the car started to blurt and snort loudly then it jolted to the left and I counter steer to correct our trajectory.

My pilot screamed, “The exhaust pipe!”

Glancing the rear view mirror I saw half of my exhaust smoking on the pavement, the other half hanging on by a thread sending sparks under the drive as we sped downhill. One last left hand turn onto a busy East Columbia I dropped my co-pilot off in front of the Hospital and he bolted inside. Five minutes later I found parking and am at the triage looking for my partner in crime. Thirty anxious minutes later he found me in the triage waiting room with two cigars, “It’s a girl!”